Repetition Has Many Faces 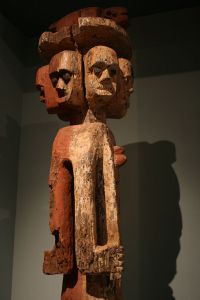 Generally repetition in writing refers to the author’s use of a word or phrase more than once within a passage such as a sentence or perhaps a paragraph or scene. Unless used intentionally, such repetition can be distracting (See “Repetition And Redundancy” for a closer look at this type of repetition) .

However, repetition has more than one face.

For instance, an author may unintentionally give several characters the same quirk. The main character may “worry her bottom lip” in the first chapter, third chapter, and fourth. That’s her tic. But then in chapter five in waltzes a minor character who begins to “worry her bottom lip.” If the mother-in-law and then the pastor’s wife and the sheriff’s deputy all start “worrying their bottom lip,” we have a serious problem.

But even if the repetition doesn’t spread that far, it’s still problematic. Certainly people share nervous habits and even quirks, but the author has used the same wording, which prevents the readers from seeing the peculiarity of the way these two characters, who share the habit, carry it out.

This same principle applies to dialogue as well. If one character has a pet word or ends sentences with something out of the ordinary such as, “so how about that?” no other character should share that tell.

Sometimes the dialogue repetitions are more subtle—the cadence of a sentence, a questioning inflection, specific vocabulary. Each character should have his or her own voice, but when the unusual pops up in Dorothy’s speech and Jasmine’s speech and Miguel’s speech, there’s a problem. Unless the author intentionally shows the characters mimicking each other or coming from an environment that would reasonably influence them to talk in similar ways.

A third face of repetition is that of scenes. Especially in romance and action adventure, love scenes and fight scenes should have a uniqueness so that readers don’t think they lost their place and are re-reading an earlier scene. There should be something different about each battle, about each romantic encounter. Otherwise, that which should engender emotion becomes a source of boredom.

I hate to admit it, but I’ve experienced this kind of ho-hum attitude in some superhero movies. Another monster tipping over cars and kidnapping the hero’s love interest and smashing buildings. Wake me when it’s over. I suppose for those who love the special effects or who haven’t watched a superhero movie before, all the explosions and near misses can be exciting. But the repetition of them reduces tension since we’ve seen that scene before. And reduced tension kills fiction.

Finally, characters can be repeats. No, not precisely so, not in every facet. But authors would be wise to vary some basic character components, starting with physical features. I’ve read manuscripts, for example, with an inordinate number of blue-eyed characters. Or green-eyed. Or both.

In one of my early drafts, I realized I had created all my characters tall. In the same way, be sure that all your characters aren’t beautiful or muscular. 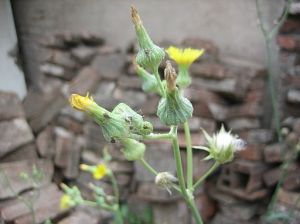 One more thing writers should avoid when creating characters—making them all the same age. People your story with old as well as young, those facing death and those about to be born, the newly married and the fifty-something’s celebrating their silver anniversary.

A story with variety is much more interesting than one seeded with repetition. Be aware of repetition’s many faces so you can squeeze the life out of the ones you don’t intentionally plant in your story.