Recently the Writer’s Digest published an article that compiled the views of writing professionals on opposing sides of certain writing “rules” issues. One of the topics dealt with the novel opening, or hook.

How exactly should a novel begin? Should the author rope you in with intrigue and suspense, then never let you go? (The hook).

This is the view author and writing instructor Jerry B. Jenkins took:

I recently critiqued a beginner’s manuscript that began, “I’m sure we’ve all heard the old adage …” Well, if it’s an adage, it’s old, and if it’s an old adage, yes, we’ve all heard it. So why in the world would you want to start your novel with that?

Most experts advise starting with or quickly getting to an “inciting incident,” or at least something that implies that a main character’s status quo has been interrupted.

You tell me. Would you be more gripped by an old adage, or by something like, “When he kissed her goodbye and said he’d see her at dinner, Elizabeth believed only Ben’s goodbye”?

It’s not gunfire, not murder, not mayhem. But I’m betting you want to know what’s going on and will stick with me until you find out.

The opposing view (the opening) was given by writing professional Steve Almond:

The single most common problem I see in student manuscripts is that they are incredibly confusing. They are incredibly confusing because student authors often refuse to orient the reader by providing basic dramatic circumstances, such as where we are, and what’s happening, and to whom. Instead, we’re plunged into a kind of ectoplasm of vivid descriptions and incisive observations. I refer to this style of writing as hysterical lyricism.

The central reason student writers succumb to this is because they’ve been told over and over that they have to “hook readers on Page 1.” They assume that the best way to do this is to dispense with all the “boring background” and get us right to the fancy prose.

Well, what’s an unpublished writer to do (or even a published one seeking to improve)? These two experienced, qualified, successful published writers, who teach the craft, do not agree.

Or … is it that they are emphasizing different things about how a novel should begin? I doubt very much if Mr. Jenkins is advocating confusion:

Never mind if readers understand what’s happening, just get your character in danger; create suspense and readers will be with you.

At the same time, I don’t think Mr. Almond is advocating an opening that is void of tension:

The facts, that’s what readers need. Tell them who is in the scene, where this takes place, how they’re all dressed, and everyone’s hair and eye color.

In actuality, though they seem to be saying contradictory things, they are both right. In the list I posted last week of the things readers at Spec Faith did not like in the brief novel openings they examined, you’ll find “confusing” and “no action”; “disjointed” and “no urgency (importance).”

On the flip side, in stating what they did like in an opening, these readers mentioned “clear” (more than once) but also “created curiosity,” “tension,” and “intrigue.”

Quite obviously, the novel openings that work the best do both — they orient readers and they engage them from the start. How is this possible?

I’ll admit, I’m still learning this skill. I know it when I see it, but it’s hard to spell out. I will say this. One element should not be sacrificed for the other. In other words, a writer shouldn’t seek clarity to the point of omitting intrigue. Neither should a writer swing for the opening-hook fences by trying to be so clever that readers can’t figure out what in the world (or out of it) is happening.

I’ll add this. A few novels end up with the kinds of opening lines that are truly memorable, but a lot of great ones that are on many people’s favorite lists have much quieter beginnings. Not boring, though. Just not of the quotable variety.

Perhaps too many writers, in an effort to find the quotable, are forgetting to create a memorable character and scene. After all, readers also remarked that they liked an opening that suggested a larger world or created an interesting voice. 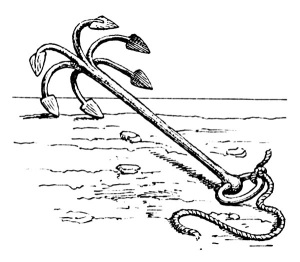 This week at the team blog I contribute to, Speculative Faith, we took a look at the first one hundred words of five unpublished manuscripts by some anonymous volunteers, with one question in mind: would you keep reading? Over fifty percent of the Spec Faith visitors who voted in the poll identified the second opening as one that would keep them reading. Over fifty percent! That means that over fifty percent of those who might pick up the book in a bookstore or read the excerpt an online would be willing to consider buying it. They’d have to if they wanted to read more, wouldn’t they?

Technically, no. They could stand there in the bookstore or take it to a comfy chair and read the rest of the chapter or they could devour the entire excerpt available on the Internet, so obviously openings aren’t going to guarantee sales. They will, however, guarantee non-sales. If readers put the book back on the shelf or click away from the excerpt after reading the first page, there’s not going to be a sale, not that day, at least.

For aspiring writers, the opening holds the same kind of importance. This is the introduction a potential agent will have to your writing. Like any other first contact, and especially a business contact, it’s important to present a favorable first impression. So what works and what doesn’t when writing a novel opening?

First, like any other writing “rules,” some successful authors will ignore these principles about openings. The real rule of writing is, does it work? Of course you, the author, may think it does, but all the readers who look at your work say it doesn’t — which is why an exercise like the one at Speculative Faith is so helpful. Those who commented took time to explain why they did or didn’t think an opening was working.

Here are some of the top reasons why an opening didn’t work:

There are undoubtedly others I missed, but these are the main points that were repeated in a variety of ways. On the other hand, here’s why the commenters wanted to keep reading certain excerpts:

I think these two lists give writers a good picture of what readers like in an opening. In fellow Spec Faith contributor Fred Warren’s follow-up post, “Give ‘Em The Hook,” he focused on three particular opening techniques: creating mystery, immersing the reader in the story, and orienting him to a place.

Other writing instructors stress the importance of introducing the reader to an engaging character. The idea is, if readers care about the character, they will follow him to the ends of the earth, even if he does reprehensible things they don’t want him to do.

I remember having that reaction to Frodo Baggins in The Return of the King, book three of J. R. R. Tolkien’s epic fantasy trilogy, The Lord of the Rings. When Frodo accepted Gollum as their guide into Mordor, I knew it was a mistake. I wanted him to choose more wisely. In fact, I wasn’t sure if he shouldn’t turn around and take the ring to Gondor after all. None of the choices seemed good, but following Gollum seemed like suicide. But I kept reading. His questionable decision (in my view) didn’t dissuade me from reading on because I cared for Frodo and wanted to know what would come of his choice.

Of course, the event I’m referring to didn’t occur in the opening of the book, but that serves to underline the fact that making a reader care as early as possible will keep him reading … up to a point. If the promise of the opening fails, and fails again and again, it’s possible for a hooked reader to squirm off the line! 😉