Beginner Is Not A Bad Word 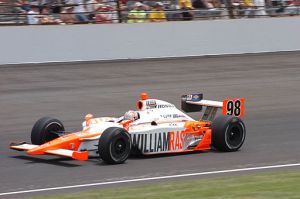 Now that self-publishing is easy, inexpensive, and available to everyone with a computer and an online connection, a growing number of writers are trying their hand at producing fiction. But there’s a basic problem: these aspiring novelists don’t know what they don’t know.

I’m reminded of an experience I had in first grade. As I recall, the teacher was taking us through the beginning steps of learning to read. She put a word on the chalkboard (this was actually back in the dark ages when, yes, they still had chalkboards, and they were actually called blackboards)—something like cat. We were to think of words that rhymed. Easy-peasy.

After a while of this oh, so simple work, I tuned the teacher out and said something to a classmate near me. And that’s when the teacher called on me for an answer. We’d moved past the “rhymes with cat” exercise. Not only did I not know the answer, I didn’t know the question.

The truth was, I was a beginner. I hadn’t mastered a thing and needed to pay attention to every piece of the reading puzzle the teacher was giving us. I just didn’t know it. I thought if step 1 was so simple, surely step 2 would be also. Except, what I overlooked was that I actually needed to know what step 2 was.

I think a lot of writers who have a story in mind make the same mistake I did. They know how to write, and they have a story. What else is there? Well, actually, a lot.

Recently I used an analogy with one of my editing clients to make this same point. Generally adults in the United States know how to drive. Especially out West, there are miles and miles between places and little affordable mass transportation. Consequently we learn to drive and apply for a license as young as possible (not to mention that driving can make a teen feel very grown up).

Imagine that a driver who got his license when he was sixteen and has been driving for twenty years decides he wants to try his hand at auto racing. Is he qualified to do so? He thinks, Of course I’m qualified. I’ve been driving for twenty years, and during all that time, I’ve never been in an accident, never gotten a ticket. I’m a good driver! Sign me up for the Indy 500!

Here’s the problem. Yes, race car drivers do drive, but their type of driving is not the same as the kind of driving that the average commuter does on a daily basis. Race car drivers have much more to learn—about the car they’re driving, the race track, their competitors, the team they’re working with, handling a car at high speeds, safety regulations and equipment, emergency procedures, racing etiquette, and undoubtedly a host of other things I haven’t even heard about.

But Mr. Good Driver doesn’t know what he doesn’t know. He thinks he’s ready for the races because he’s good at the level he’s been operating at. He doesn’t realize, however, that there’s another set of skills required of the race car driver.

In the same way, writers who have mastered written communication for their job or with friends and family, may be fooled into thinking they know all they need in order to write fiction. They don’t know what they don’t know.

One of the give-aways that a writer isn’t ready to publish their novel is that they are overly concerned about mechanics and formatting. They want to be sure they have all the commas in the right place and the right words capitalized. They want to know how long a chapter should be and if they are to set their margins at an inch or an inch and a half.

I’m not saying mechanics and formatting are unimportant, but they are down the list and are the things most easily fixed. The harder things act like worms burrowing into and eating away at the heart of a story—things like point of view errors, underdeveloped characters, weak description or overdone description, a lack of tension, or a bland voice.