Character motivation is not a new topic (see these posts) here at Rewrite, Reword, Rework. However, it’s such an important subject that writing teachers of all stripes discuss it from any number of angles. Nancy Kress, in Characters, Emotions & Viewpoint, goes so far as to say this:

Motivation is the key to your entire story. I’m going to say that again, because it’s so important: Motivation is the key to fiction. You can create fascinating characters, with vivid backstories, appearances described in perfect verbal pitch, and settings so real we can smell them, but all of them will remain sketches, vignettes, or travelogues unless your characters do something. And they won’t do anything without motivation. (Emphasis mine.)

So what precisely creates character motivation? There are a number of possibilities. First, a character is motivated by how she was raised. Was her home loving? Did she receive encouragement from her parents? Was she caught up in a vortex of sibling rivalry? Or was she the product of the foster care system? Was her father an abusive drunk? Did her mother leave her with her grandparents to raise? All these growing up circumstances play a part in molding a person, and therefore should play a part in molding the characters that inhabit our fiction.

A character might also be motivated by a life trauma: witnessing his cousin gunned down in the street, breaking his back in a diving accident, being erroneously arrested and imprisoned for robbing the Seven-Eleven. These kinds of traumatic events change people and can contribute to why a character acts the way he acts.

They are not the sole motivators, however. One person who watches his cousin die in a violent way might join a gang in order to reap revenge. Another might decide to become a cop in order to stop senseless violence. What determines how a person reacts?

One factor is the character’s worldview. Is she prone to seeing life as a victim? Does she hold tightly to religious values? Does she believe that God has a purpose even for the hard things in life? Has she embraced an eye-for-an-eye philosophy?

Of course a character’s worldview doesn’t crop up on its own. Rather it’s an amalgamation of experiences and beliefs that lead her to what seems like a reasonable way of understanding life. 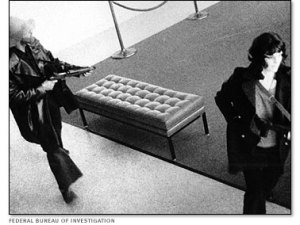 Consequentially, it would be inconsistent to develop a character who has been pampered, loved, and protected, but who suddenly begins a crime spree. Something in her experiences would have to trigger behavior that goes against her norm. Some ideas, some belief system, some key influence must have countered all those years of happy home life. Unless the happy home life was a sham.

Another factor dictating how characters respond to events in their lives is their personality and temperament. Much study has gone into understanding the qualities with which a person is born. Some, such as Dr. David Kersey (Please Understand Me II) and a host of others who derive their ideas from the ancient belief in four rudimentary humors, hold to the idea that there are four basic temperaments, with either a variety of manifestations or blends. Others broaden the scope, but there appears to be agreement that people have innate ways of interacting with the world:

Children are born with their natural style of interacting with or reacting to people, places, and things — their temperament. In the late 1950s, temperament research began with the work of Alexander Thomas, Stella Chess, and associates. The New York Longitudinal Study identified nine temperament characteristics or traits. The researchers found that these nine traits were present at birth and continued to influence development in important ways throughout life. By observing a child’s responses to everyday situations, the researchers could assess these temperaments. Temperament is stable and differs from personality, which is a combination of temperament and life experiences, although the two terms are often used interchangeably. (Excerpt from “Understanding Your Child’s Temperament” by Kathy K. Oliver, M.S., Family and Consumer Sciences Agent)

One more factor contributing to motivation is influence. People often determine their behavior and beliefs based on the people they emulate, either individuals or a group. Consequently, a young man who otherwise is not bent toward violence, might commit a violent act because his peer group demands it; a rich heiress might leave her inheritance to marry the chauffeur because she loves him; a woman whose politically connected husband has been caught in an illicit affair might stay in the marriage because of the pressure from his cronies.

The most interesting stories are those in which a character’s motives are at war with one another. The heiress loves her family, but she loves the chauffeur too. The governor wants to make a difference for the people who elected him, but he has to keep happy those who financed his campaign. The Senator’s wife hates infidelity but loves knowing the “right people” who invite her to the “right parties.”

The “what will happen” which drives a story forward becomes entangled with the “what will he do” question, proving Ms. Kress’s point: “Motivation is the key to your story.”

On a separate note, I’d like to announce that I’ve published an ebook based on the writing tips here and on my personal blog. Power Elements Of Story Structure is the first in the series entitled Power Elements Of Fiction and is available only on Kindle or devices with the free Kindle download.

Please leave a reply and share any articles you wish

This site uses Akismet to reduce spam. Learn how your comment data is processed.